True partnerships brought to the fore at European Development Days 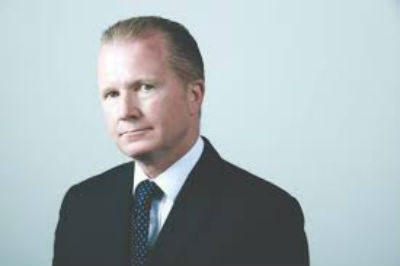 In declaring 2015 the European Year of Development, the European Union sent a strong message about its commitment to the developing world. The year’s flagship event was European Development Days, a key international conference on development held in Brussels on 3 and 4 June – and AidEx’s Event Director, Nicholas Rutherford, was in attendance.

Coined ‘the Davos of development’ by European Commission President Jean-Claude Juncker, European Development Days comes at a critical moment in the international development agenda. Three important events will take place later this year: the Financing for Development Conference in Addis Ababa, the United Nations Summit in New York and the Conference on Climate Change in Paris. Between them, they are expected to determine the global humanitarian aid and development agenda. Many speakers at European Development Days took the opportunity to emphasise that accountability will be crucial to the success of all these discussions.

This year’s European Development Days commanded the attention of high-level national and EU policymakers alike, all of whom demonstrated their shared commitment to “creating a more caring world”. And it was great to see such a wide range of discussion topics, from development economics to the importance of creating decent employment.

While the EU’s commitment came across loud and clear, it was also pointed out that there is a need to work together to achieve the common goals of eradicating poverty and promoting human rights worldwide. President Juncker in particular emphasised that global collaboration and genuine partnerships are fundamental to a sustainable future.

The numbers speak for themselves. The EU represents 20% of the world’s GDP, but contributes around 50% of international development aid.  But these are vain efforts without support from the wider international community. Both Jean-Claude Juncker and the President of the European Parliament, Martin Shulz, argued that more ambitious goals must be set to help the one billion people still living in extreme poverty. European countries should be moving away from thinking about aid in terms of givers vs. takers, concentrating instead on fostering relationships based on mutual respect and concern.

Examples of this can be found on our front doorstep. Latvian Prime Minister Laimdota Straujuma highlighted the fact that her country, which currently holds the Presidency of the Council of the EU, transitioned from being a recipient of development aid, to becoming a contributor, in a very short space of time. She also highlighted Latvia’s focus on gender equality and female empowerment – what she rightly described as the foundation for all development efforts: “Every girl should have an opportunity to become a Prime Minister”.

In a month’s time Latvia will pass the Presidency baton over to Luxembourg.  Prime Minister Xavier Bettel pledged to keep development at the top of the agenda and to make human dignity a priority for his country’s Presidency, noting that development was not a luxury to be chosen at a time of prosperity, but the duty of every nation.

The idea of governments, international organisations, businesses and various other stakeholders coming together to create a better future commands support. And I hope that the main theme of AidEx this year – collaboration –  will continue to foster and encourage such life-changing partnerships.